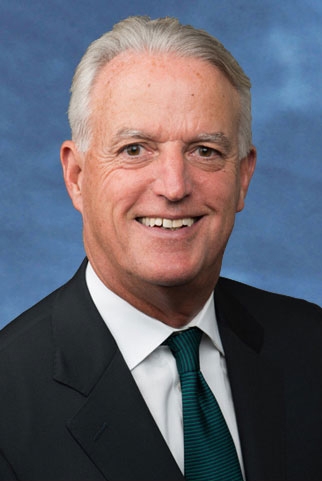 Retired Chief Executive Officer
First Group plc
Share
Mr. O’Toole served as the chief executive officer of First Group plc, a transportation company that provides rail and bus services in the United Kingdom and North America, from 2010 to 2018. He previously served as managing director of the London Underground, where he led the response to the 2005 terrorist bombing attacks for which he was awarded the honor of a Commander of the Most Excellent Order of the British Empire (CBE) from the Queen. Prior to his time at the London Underground, Mr. O’Toole served in various senior management roles during his 20 years of service at Consolidated Rail Corporation, including as president and chief executive officer.

Mr. O’Toole provides public company chief executive leadership experience in a regulated, capital intensive industry. His operational experience in safety, risk management and crisis management are particularly relevant to the oversight of our business and strategy and his leadership role as Chair of the Safety and Operations Committee. Mr. O’Toole brings extensive safety expertise through his work experience and as a director of the National Safety Council, and has been recognized as a safety leader in both the United States and internationally. He has decades of direct management experience of a large workforce in industries where worker and public safety are critical. Mr. O’Toole’s perspective as a former chief executive and public company director provides value to our Compensation and Executive Personnel Committee.

Continue Reading
Back to top